I’m a woman, and I’m going to share with you a recent experience. I’d met a friend who was absolutely glowing. Something about her just stood out. She looked sexy as hell (and I noticed, and I’m a woman), and it puzzled me because just a month previously, she and her man had bust up.

“Anne, you’re positively glowing,” I remarked. “Have you met someone?”

She laughed. “No, but I found out that the end of a relationship isn’t the end of life necessarily. Plenty of fish in the sea when you’re feeling good!”

Her smile was radiant, so my curiosity was piqued. “You have to tell me,” I said.

“Why don’t you come round for coffee on Saturday afternoon, and I’ll tell you all about it,” she said.

The Perfect Saturday in High Heels

Saturday dawned cool. Yet it turned out to be one of the most fascinating and exciting days of my life. I pitched at Anne after a bout of shopping, at about two in the afternoon. Anne was dressed in a way I had seldom seen her dressed. She had on a form fitting dress which was slightly see through, didn’t wear a bra, and she had a pair of Jimmy Choo high heels to die for on her feet. Hell, the woman was oozing sex! “You expecting anyone?” I asked?

“Not today,” she said, “but he came around yesterday, and he will be here again on Wednesday evening. I see him twice a week.”

She didn’t make us some coffee. Instead she took out a bottle of champagne, some champagne flutes, and elegant snacks comprising olives, small sausage rolls, and various cuts of cheese. I felt I was being seduced – by a female.

“What’s the occasion?” I asked.

“Celebrating my new found sensuality and sexuality,” she said. I cannot tell you how happy I’ve been these last three weeks.” She paused a moment. “I don’t dress this way when I go out. It’s just to keep me totally focused on the fact that I love sex, and there’s no need to do without it!”

“Wow! But you only just bust with Paul four weeks ago.” 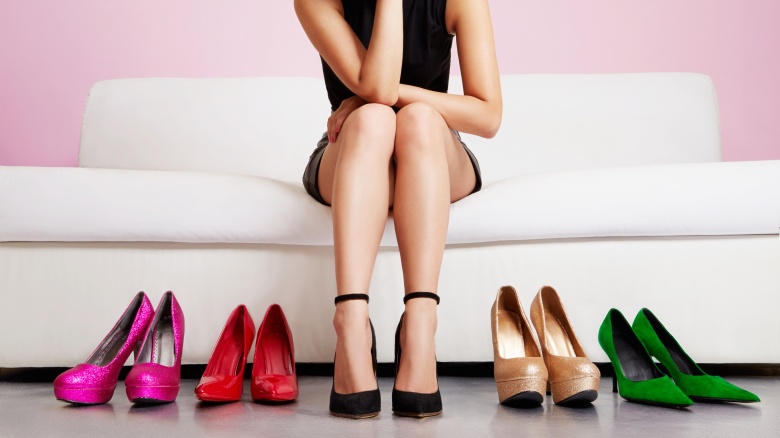 “You mean you’re paying a gigolo?” I asked quite shocked.

“Twice a week – Fridays and Wednesdays after work.”

“When he first came, he got rid of my knots, but I wasn’t feeling very good, and something about the way it happened made me want a bit more. So I asked. He was very easy and very tactful. He started with my boobs, then moved down. By the time he had finished – two hours later – I was a new woman. Rita said I would feel that way.”

“Is Rita that gorgeous sexy friend of yours that always looks a million dollars?”

Anne poured me some more champagne while I sat silent for a few moments, half jealous that she glowed so much. I wanted to as well.

“And what’s with the Jimmy Choo shoes?” 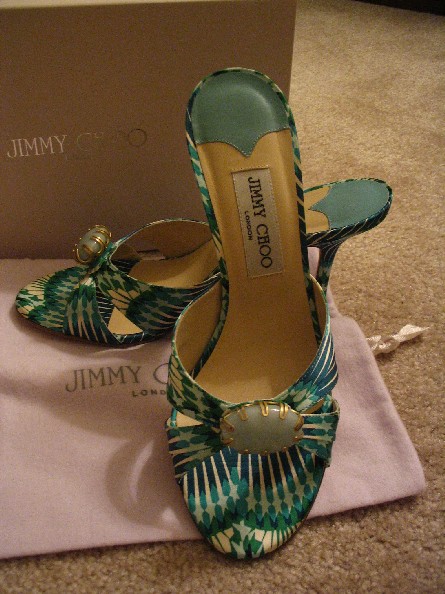 “The greatest thing,” said Anne, “is that I don’t feel rejection. I feel desired wherever I go. There’s something about walking around when one is feeling sexually stimulated. The guys pick it up, and they respond to you. Hell, I’ve heard that some of Paul’s friends have told him he’s nuts for walking out on me. To be honest, I’ve had three pretty hot dates in the last two weeks, and I’m taking my time. Ian is pretty good at giving me the satisfaction I need to focus on snaring a good man.”

I’m Hooked on High Heels and Having a Sensual Massage

I got the number (referral is a pretty good way to get the name of someone good) from Anne, and when I got home that evening, I called him. His answering machine was on, but I didn’t leave a message. It was too new to me.

On Sunday morning, church or no church, I called him.

“Ready for business,” he said after I explained to him what I wanted.

We made an appointment for the following day – late Monday afternoon. I couldn’t wait. 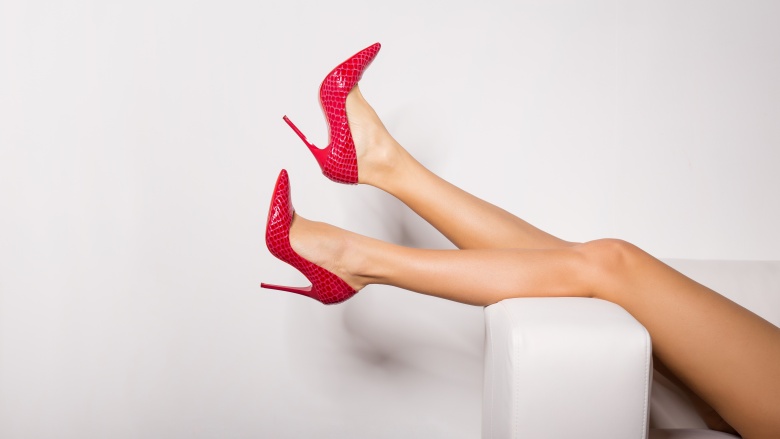 Taking a leaf from Anne’s book, I went shopping on Monday. I bought the sexiest underwear I could find, invested in some fabulous nightwear, bought shoes to totter in, and some pretty short skirts which just about covered it.

If I wasn’t going to wear it out anytime soon, I was certainly going to try it on my naked masseur.

When he arrived on Monday night, I had pretty much laid out the place the way Anne had told me to. I wasn’t shy, but I kept on my bra and g-string because I wanted the man himself to remove it. I wanted to feel beyond sexy. I hadn’t had it for a long time!

Totally. The man is fantastic. He knows his stuff. His sensitivity to my needs is incredible. This is what every woman should feel like in my opinion.

It’s been six months now. I see my gentleman once a week. Generally, I see him on a Thursday afternoon in preparation for a hot weekend. There’s something about an aroused woman that sends signals to men. I haven’t been short of men since I started this, and you can bet that my mother notices that I’m glowing these days.

She asks me if I’ve met anyone special, and I smile to myself. What, with my new Jimmy Choo high heeled shoes, my new wardrobe of lingerie, my fitted dresses, and anything that makes me feel like a high-sex woman, I’m good.

I still go to beauty spas, of course. A woman has to have her facial, her nails and hair done. I like the Jacuzzi, too. But it just isn’t in the same category as a man moving his fingers over your erogenous zones.