The appointment for massage therapy in Cape Town was set, the plans were made, and Lily could not wait for her massage appointment. Her coworker had told her about a private professional massage therapist in Cape Town who performed massage of a sensual and erotic nature and would entertain her deepest fantasy. Lily had always been enthralled with the idea of playing a naughty game of truth or dare with a stranger. Obviously Lily had to get permission from her husband first. Her husband was resistant in the beginning but then eventually allowed her to enjoy herself. He thought a happy wife is by far better than a sad wife.

A couple of days later Lily was laid out on a cot in a nice hotel room. The smell of sandalwood and rose wafted through the air and the room was lit with only candles. Music played from somewhere in another part of the room, maybe it was coming from the bathroom. She couldn’t tell.

Ian, the male massage therapist who performs massage therapy in Cape Town was in the bathroom getting ready. He had mentioned something about needing to mix the oils and get undressed. When he emerged, she marveled at his body. It looked as if he had oiled himself up a bit. 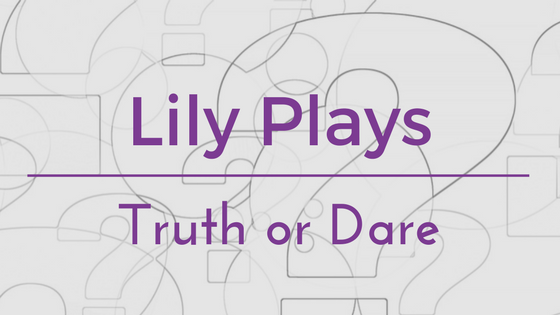 He was flaccid, but attractive. It had been explained to her that this service was client centered and that the focus would be entirely on her. She wondered if Ian was immune to becoming aroused and if she could touch if he did. She asked and he said it was fine.

Then he started the massage. He began by warming up some oil between his hands and kneading her shoulders. After he found a rhythm that she reacted nicely to, he asked: truth or dare?

She pulled her lips up in a half grimace half smile. She didn’t expect him to start with the questions so soon. She replied with truth, figuring she’d build up the courage to do the dares.

He thought for a moment and then asked, “Have you ever made a video of yourself?”

“Dare.” His reply was short and confident.

She wasn’t expecting to choose dare and had to think of one quickly. After a pause, she said, “Unwrap a piece of candy with your mouth.” She motioned to the bowl of hard candies on the hotel dresser.

He stopped massaging her long enough to fetch a piece and popped the entire thing in his mouth. While he worked his tongue around the candy and wrapper, he continued with the massage.

He was now massaging her ass, on the outside, pushing and puller her cheeks in a manner that made her very aware of how close he was to her pussy. His hand slipped down her cheek and between her thighs. His thumb brushed against her outer labia. For a few seconds she could not believe she was busy with massage therapy in Cape Town.

She gasped and almost jumped, causing him to chuckle. When she relaxed, he slipped his thumb into her and found her g-spot. While he massaged her g-spot and edged her closer to orgasm, he finished up wrapping the candy. He pushed her over the edge and went back to massaging her thighs.

After she caught her breath, he pulled the wrapper out of his mouth and showed her. “Your turn, again,” he said, tossing the wrapper into the trash bin.

“Dare.” She tried to match his confidence, but even she heard the hiccup in her tone. She thinks to herself that this massage therapy in Cape Town is one big roller coaster ride.

A bit taken aback, she pulled herself together and ran her hand down her belly. With her first and second finger, she found her clit and rolled it between her fingers, moaning when he started kneading her breasts.

He consented and she leaned over enough to get the tip of his dick in her mouth. Once she found a comfortable position and a good rhythm, she continued to play with herself.

Her tongue swirled around the head of his cock and she could tell he was trying to hold back a moan. She smiled and took more of him into her mouth. She almost had his entire length in her mouth when he pulled back. He had finished with her breasts and she would not be able to suck him off while he worked on her belly.

She stopped playing with herself and prompted him: truth or dare.

“Truth,” again, his reply was short and confident.

“What is your favorite role play fantasy?” She didn’t have to think long this time, that was what she had planned to ask him previously. Before he surprised her with asking for a dare.

This time, it was Ian who was taken back. He seemed to focus intently on her stomach and hips, lost deep in thought.

“I’d have to say any that involve costume. I love when a session is more than just a massage or when we start out completely naked.” She considered this and took note. If she were to book another massage therapy in Cape Town, maybe she’d try some cosplay role playing with Ian.

Before he even prompted her, she asked for another dare. This time she was ready for whatever he had planned for her.

By this time, he was almost done with the massage but took one more prompt from Lily. This time he chose truth, again.

“What’s the strangest place you’ve ever had sex?” She asked, knowing the massage and game were coming to an end.

He laughed. A real belly laugh. Then replied, “A roller coaster.” No explanation on how or why. She’d have to ask about that next time when she has massage therapy in Cape Town.